According to the Wall Street Journal, the move by the Trump administration prevents SMIC from receiving American-owned software, machinery, and other equipment to design and manufacture its products, unless the source company gets clearance from the US government.

SMIC is China’s largest manufacturer of computing chips and has the 5th largest global market share. China has plans to invest over $160 billion in new fabs and capacity expansion over the next 5-7 years in order to reduce its reliance on foreign chipmakers. To aid in this goal, SMIC secured $2.2 billion in state funding in May 2020, to build a new manufacturing facility that will increase its output of 14nm nodes.

However, SMIC’s competitors are now producing smaller size nodes, creating opportunity for more efficient chips. Foundry market leaders TSMC and Samsung, which are No. 1 and 2, respectively, currently have the technology to produce 7nm nodes, which are increasingly favored for 5G devices.

In contrast GlobalFoundries and UMC, which rate No. 3 and 4 in the foundry market, have shifted their production capabilities to finFET nodes, which better support ICs used in automotive and AI manufacturing. 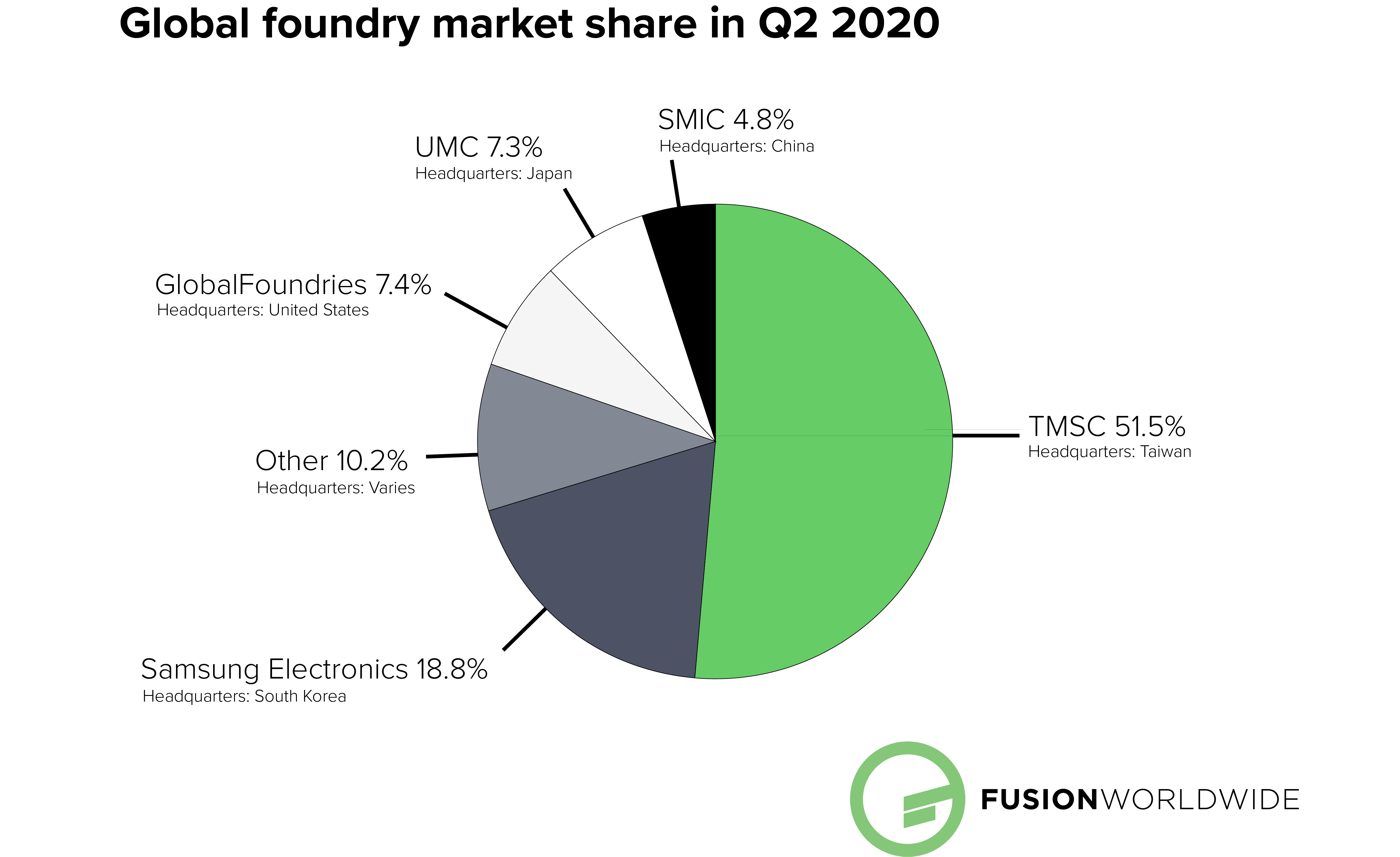 The SMIC blacklist is not the first Chinese-based company to receive strict trade restrictions. The US Commerce Dept. also implemented restrictions to over 60 other Chinese institutions in December 2020, and took similar course of action with Huawei in mid-2019. These moves are likely to inflame US-China relations on trade and the ongoing tech cold war.